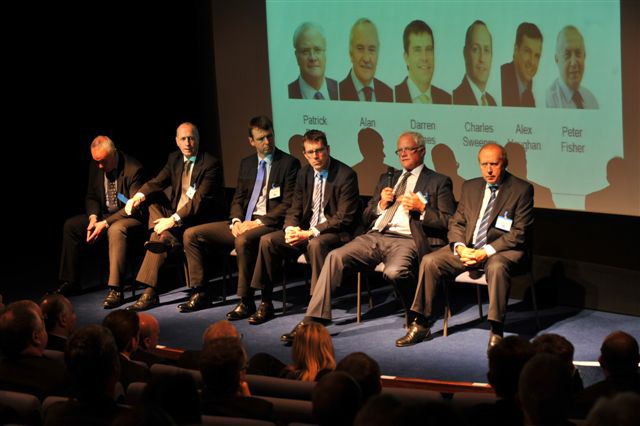 Members of Costain’s supply chain were given an insight into the future when they attended the latest conference designed to foster closer alignment between them, the Company and their peer group.

The fourth in the series of events – now dubbed the Strategic Partners’ Conference and held at roughly 18-month intervals – took place at Warwick University in late April, attracting some 150 representatives from Costain’s supply community.

It was renamed this year to reflect the increasingly mature nature of Costain’s relationships with its suppliers, said General Manager for Procurement and Supply Chain Management, Martin Orrells, who hosted the event.

“This is one of the major events of the Costain year,” he said – a comment borne out by the presence of some 50 senior Costain personnel including no fewer than five Executive Board members plus Managing Directors Darren James, Alan Kay and Charles Sweeney and all the Company’s sector and commercial directors.

The suppliers’ representatives heard a series of presentations from Costain’s top echelons on subjects ranging from collaborative working and the Company’s work-winning plans to a summary of the successes achieved on the Bidston Moss Viaduct strengthening job, plus an introduction to the Costain Cares and managing performance programme. The event also provided an opportunity to recognise the efforts of four high-performing companies, which were presented with a mounted certificate acknowledging their achievements.

A question and answer session with Executive Board members gave the supply chain representatives an opportunity to quiz them on the Company’s future strategy, prospects and issues that challenge the industry.

Feedback from the audience had been very good, said Martin: “They found it an excellent way of getting an insight into Costain’s strategy, what it valued, what it wanted and the stuff that excited the Company. By interacting with senior management they learned first-hand a lot about our business.”