Taking The Road To Less Conflict 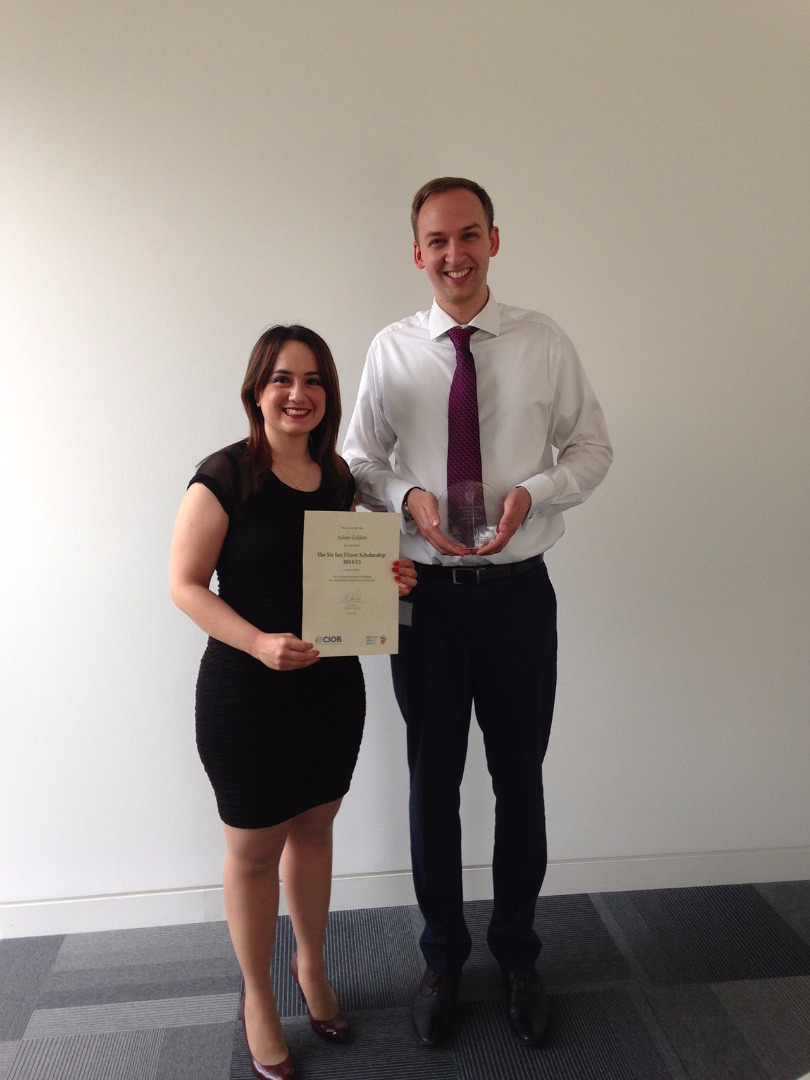 A member of Costain’s staff has composed and delivered a piece of ground-breaking research on the personal factors that lie behind the forms of supply chain conflict that can arise within projects.

Adam Golden conducted the work during his 15-month Sir Ian Dixon Scholarship. Sir Ian was former chairman of Willmott Dixon and the scholarship was created by Lady Valerie Dixon in memory of her late husband to develop learning among the younger members of the construction sector.

Adam, a Legal Executive with Costain, decided to focus his attention on something that had intrigued him for some time – the power people have to influence and sometimes exacerbate problems between supply chain members.

“My background is in Quantity Surveying, so with my commercial experience I was keen to look at the behavioural aspects of these situations, said Adam.

“There’s a lot of information published on the more quantifiable aspects of conflict and dispute and I thought it could be interesting to explore the dynamics from a behavioural perspective, reviewing the importance of relationships, which can have as much significance as the contract itself.”

To win the scholarship, Adam had to first create a synopsis of his proposed research and then be interviewed by a panel composed of members of the Worshipful Company of Constructors (WCC) and the Chartered Institute of Building (CIOB).

Having been given the go-ahead for his research paper entitled ‘Behavioural influence in supply chain conflicts and disputes’, he received mentoring from members of the CIOB, WCC and was supported by Costain.

His study analysed conflict and dispute in the construction industry at the behavioural, interpersonal and relationship level. A key reason a conflict can become protracted, for example, is due to the breakdown of a personal relationship. The industry-wide research found that more than half of respondents spent between 21%-50% of their time involved in conflicts and disputes.

Over the course of his scholarship, he produced a 12,000-word research report that is available via the CIOB Library. A summary of the findings and conclusions is also due to be published in Construction Manager. Adam presented his work at a Costain-hosted Scholarship Evening held at London’s Academy of Medical Sciences.

He was mentored throughout the process by Costain Solicitor Shima Rad. “Adam’s research topic is extremely thought-provoking because it explores the hypothesis that disputes within a project can generally be attributed to behaviours as opposed to the contractual relationship of the parties,” said Shima.

“It was a great pleasure to support Adam along his scholarship journey and his presentation evening, which was a great success.”

Caption: Adam, together with his mentor Shima Rad, displays his award for the Sir Ian Dixon Scholarship.