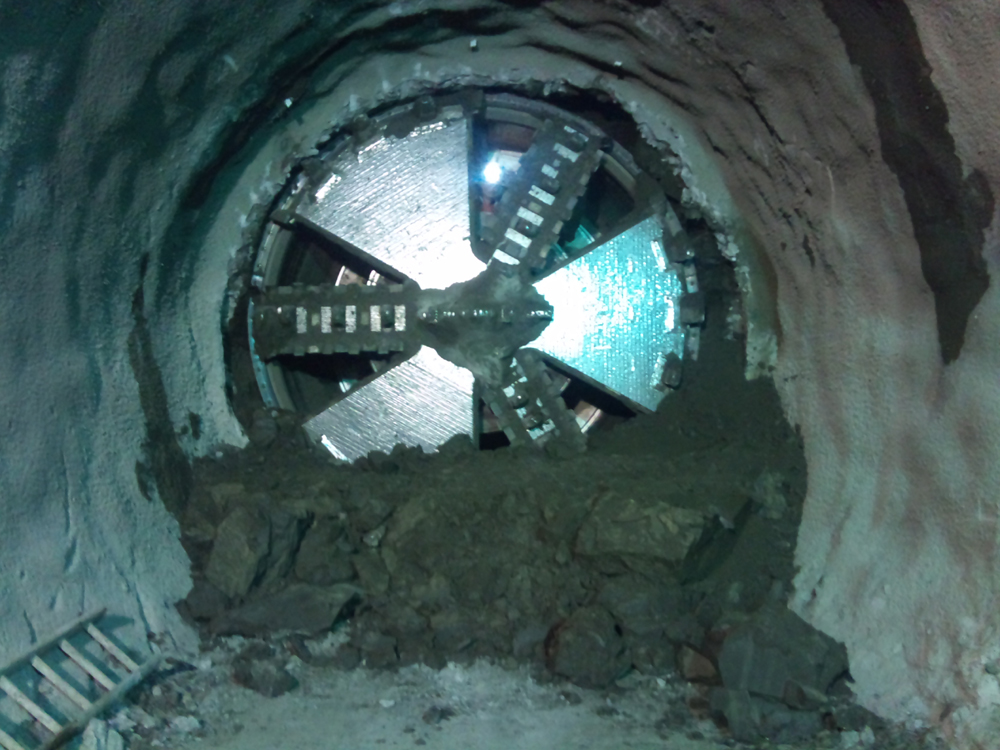 Costain and its partners have reached a significant milestone in National Grid’s project to ensure security of supply for London’s future electricity demands.

The project involves driving some 32km of tunnels to form what client National Grid describes as an ‘electricity superhighway’ underneath the capital, allowing it to lay new high-voltage cables.

Evelyn will now be lifted out of the St John’s Wood shaft and transported by road to Wandsworth, south London, from which it will begin driving a 3.5km tunnel towards Wimbledon, in the capital’s southwest suburbs.

Once that is completed in around six months, the TBM will again be transported by road, this time back to Wandsworth, from where it will set out on its final, 9km drive to Kensal Green.

The remaining 13km of the route, meanwhile, is being handled by a second TBM, Cleopatra, which is tunnelling from South Tottenham, north London, to St John’s Wood. The TBMs’ crews are a mix of personnel from Costain and its tunnelling partners, VVB and Joseph Gallagher.

The February breakthrough at St John’s Wood was hailed by National Grid’s Head of Cable Tunnels, David Luetchford, as “a dramatic illustration of how National Grid plays its part in connecting people to the energy they use.

“It’s nice to think that as Londoners go about their business, Evelyn, Cleopatra and our engineers are at work deep underground, helping to make sure that the capital’s future energy needs are met.”