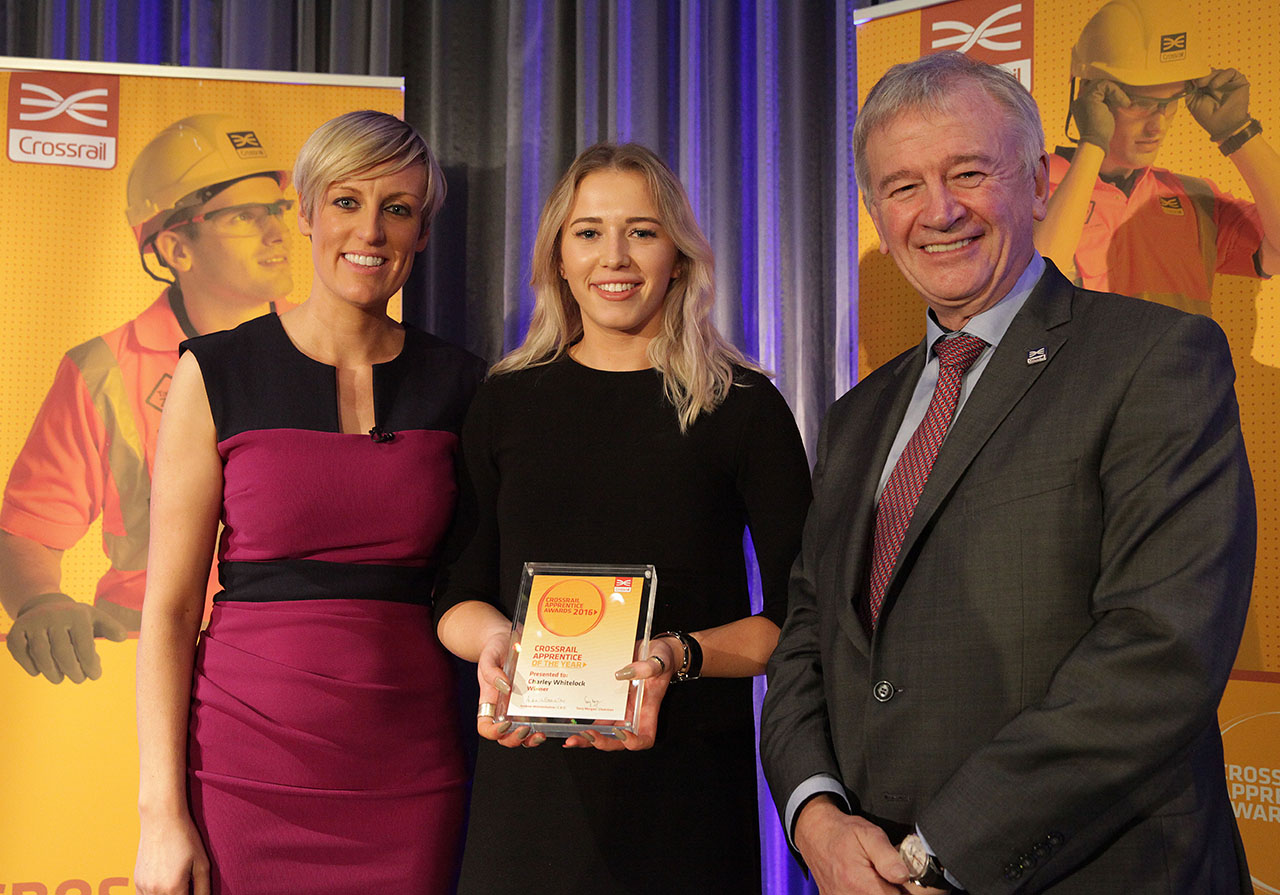 The top prize of Apprentice of the Year went to Charley Whitelock, Apprentice Community Relations Officer at ATC (the Alstom, TSO and Costain joint venture) who also won the title of Higher Business Apprentice. Charley, who has just completed her NVQ Level 4 Framework, was hailed as an ‘unstoppable and inspirational’ apprentice, who was the driving force behind a partnership with the Prince’s Trust and JobCentre Plus that gave a group of people aged between 18 and 25 and not in employment, education or training (NEET) the opportunity to work on the project. Colleagues praised Charley for her energy, determination and “ability to inspire others for the better”.

Said Charley: “It’s such a surprise to have won but I’m really proud of what I’ve achieved and it’s great to be recognised by my colleagues. I started an apprenticeship when I was 17 as it was a great opportunity to work and earn money while I learned, and I’ll finish with amazing experience at Crossrail on my CV. I’d encourage anyone thinking about doing an apprenticeship to go for it, it’s a fantastic opportunity.”

Commented Lee Davies, Costain Operations Director: “Congratulations to all our winners and the teams that took the time to recommend them. It’s a great day for ATC, CSJV and Costain.”

Speaking at the awards ceremony at Glaziers Hall, London Bridge, Terry Morgan, Crossrail Chairman, said: “Crossrail is much more than a railway; it is about giving young people the skills to deliver this project, and helping them build wonderful careers delivering the projects of the future. I’d like to congratulate all the winners of the awards; without their commitment and enthusiasm this would not be possible.”