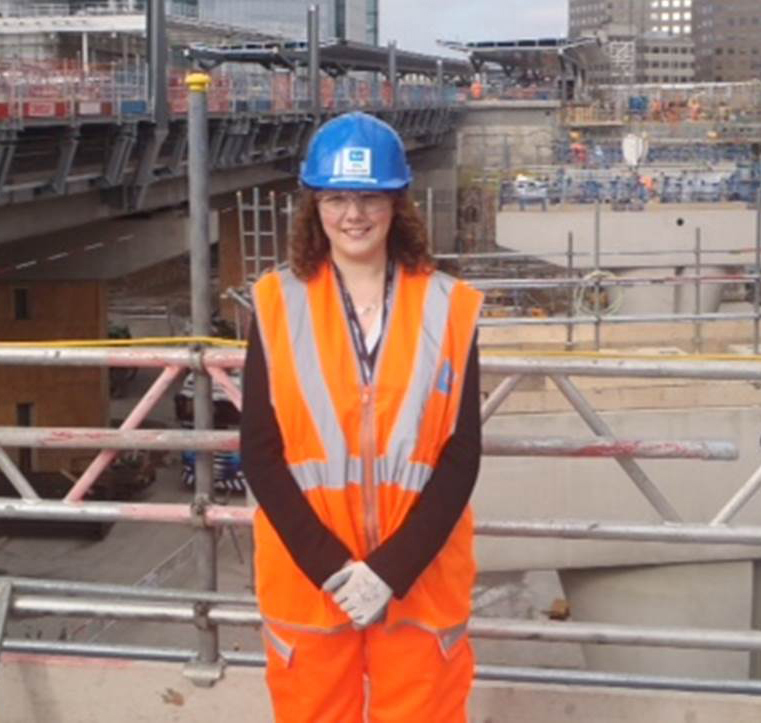 An example of the high standard of graduates Costain attracts from UK universities can be found on the London Bridge Station contract.

Heidi Thomas, a member of the change team on the major refurbishment and renewal job who supports the operation of the Construction Force commercial platform, may only have joined the Company in August but already had a long-running connection with Costain.

A graduate from Reading University with a BSc in quantity surveying who passed out as top of her class, she was sponsored through her four-year degree by Costain and spent her industrial placement year at the London Bridge site. She also spent a summer placement between her first and second years on a highways job at Port Talbot.

“I was doing my A-Levels and went to a Reading University open day, where they gave me a list of companies that had sponsored people in the past,” she said. However, among the pack Costain caught her eye.

Apart from being overall top of her year at university, she also produced the best dissertation, entitled ‘Benefits and challenges of using BIM for off-site manufacturing’ – which focused on London Bridge as a case study.

“I asked people at Costain what subjects they would find helpful and they suggested that,” she explained. “They helped me over my placement year to collect information and do research.”

The Construction Force platform for which she supports in implementing and developing is a ‘turnkey commercial, financial & process management tool for the construction industry - built on a global cloud computing platform’.

Heidi is one of the latest examples of the Company’s drive to bring on the next generation of personnel who have the potential to make an impact in the organisation in years to come.