War On Waste In Nuclear 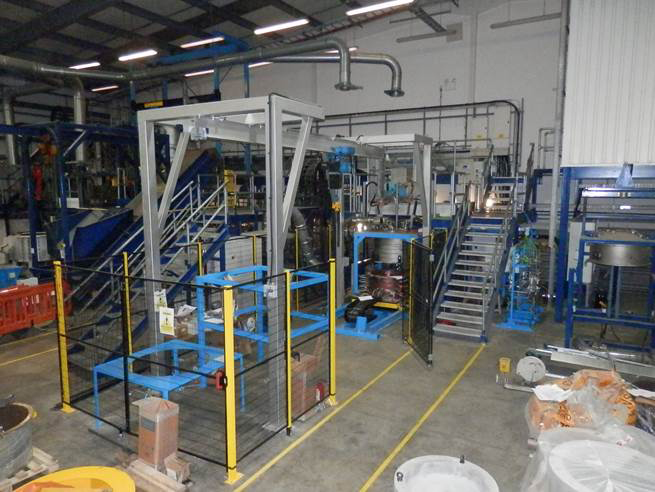 Costain and collaborator Tetronics International have completed trials of a new system that promises to reduce the volume of intermediate level waste (ILW) from the nuclear industry by up to 90% compared with alternative remediation approaches.

ILW results from nuclear waste management and decommissioning, and includes materials such as radioactive sludge and contaminated equipment.

Reducing the volume of ILW is important to minimise the cost of packaging and storing it.

With this in mind Costain and Tetronics collaborated in order to adapt and enhance Tetronics’ existing plasma furnace technology to vitrify such wastes. Tetronics has 50 years’ experience in supplying direct current plasma arc systems for a range of applications, with its latest variant drawing on Costain’s considerable nuclear industry experience.

Costain’s and Tetronics’ investment in this project was supported by the UK’s innovation agency, Innovate UK, with the Department of Energy and Climate Change and the Nuclear Decommissioning Authority (NDA) also contributing. Innovate UK – formerly known as the Technology Strategy Board – has a remit to fund, support and connect innovative businesses to accelerate sustainable economic growth.

The furnace operates at around 1000⁰C to 1400°C, taking between six and 12 hours to reduce waste to a glass-like substance. Tetronics built test facilities at Swindon over two years, with the trials taking two months.

Organic and carbonaceous material in the ILW is vaporised by the extreme heat produced by the plasma torches. This waste gas is cleaned via a filtration process and released, with any secondary waste collected from filtration fed back into the reaction chamber of the furnace for vitrification. The inorganic material in the ILW, together with additives that reduce its melting point and increase fluidity, forms a pool of melted material in a water-cooled container. The material is cooled to form a stable, vitrified waste.

The solid material will be physically and chemically stable over thousands of years and, importantly, has demonstrated very low levels of leachability.

The ability to greatly reduce the volume of ILW would immediately ease the burden on the UK’s waste storage facilities and could mean considerable savings, both in building future storage areas and in other areas of ILW treatment. Billions of pounds could be saved by the nuclear industry over the coming decades, with the added possibility of income through sale of the technology abroad.

“We are now consulting with the nuclear industry on what the next steps should be,” said Bryony Livesey, Costain's Head of Technology and Consultancy. “We’re seeking to develop this further.”

With the UK’s nuclear decommissioning process set to speed up in the near future, the project has enormous potential, both for the UK and globally.