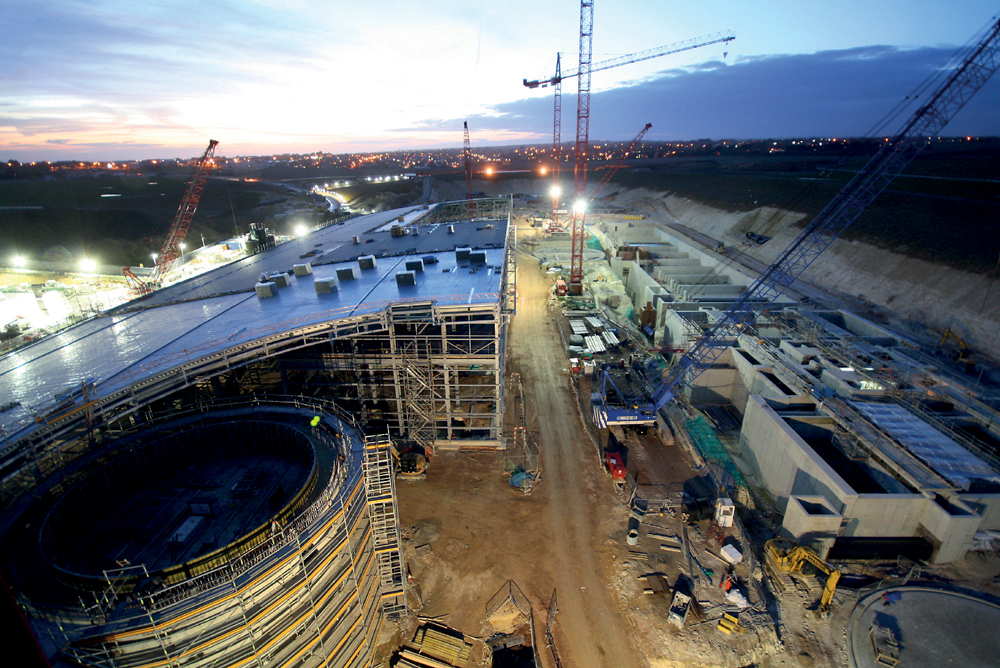 The first project is Old Roar Gill at St Leonards-on-Sea, a £1.5 million scheme to reduce the risk of the sewage system overloading during storm conditions and to stop the pollution of local water course; the second project is Peacehaven Wastewater Treatment Works in Sussex, part of a £300 million environmental improvement scheme to bring cleaner seas to the Sussex coast. Both projects are being overseen by 4Delivery, a consortium consisting of Costain, Veolia Water and MWH.

A total of 10 infrastructure projects across East Sussex have been shortlisted. The Awards recognise the best civil engineering projects across the south east of England, with the judges looking for projects that deliver a real benefit to society through the knowledge, skills and professional expertise of civil engineers.

The Peacehaven Scheme includes a major new wastewater treatment works, two underground pumping stations and 11 kilometres of new sewer tunnels which will treat 95 million litres of wastewater. The area has been rated for its outstanding natural beauty, therefore designing a scheme that was able to blend in with the surrounding area has been a key priority for Costain and the 4D team.

The winners will be announced on Friday 7th June at the ICE Kent and Sussex Awards Ceremony at Leeds Castle in Maidstone. The Awards will be presented with support from VolkerWesselsUK, 4D and Rochester Bridge Trust.

John Laverty, the Director of ICE South East England, said: “ICE South East England’s Engineering Excellence Awards aims to recognise the very best infrastructure projects in the region and we are delighted with the quality of entries from across East Sussex. Having the right infrastructure is a key factor to generating economic success and publicly rewarding the people, organisations and businesses which deliver that infrastructure is important because of the benefits such civil engineering projects bring to the community.”