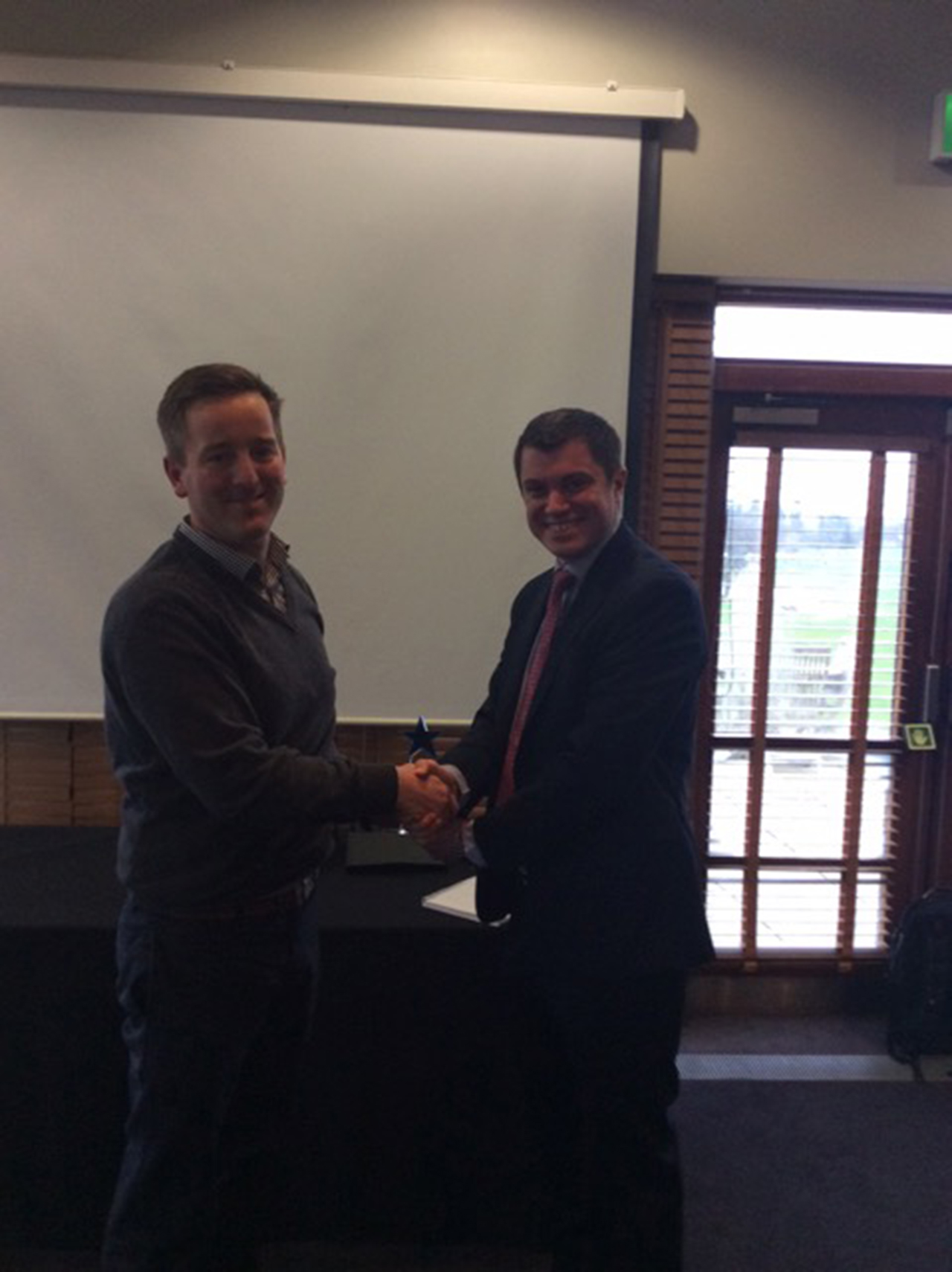 Gary Smith, Senior Engineer on the eight2O Swindon CHP project, won the Manager of the Year award. Since joining the project last year, Gary has delivered a consistently good SHE performance. He has also shown a proactive approach when it comes to safety: for example, he re-engineered a high-risk activity removing the need for five people to work under a 'jacked up' structure.

Winner of the Team of the Year award went to the 4Delivery team working on the redevelopment of a water treatment works at Woolston in Hampshire. Their adoption of factory thinking means that three-quarters of all concrete work on the project is now pre-cast off site, This has resulted in less working on an already congested site and, because the units are built in a ‘factory setting’, a reduction in the risk factors associated with these works.

A proactive attitude to safety won Barry Airey, 4Delivery Senior General Foreman, the title of Supervisor of the Year. “Proactive in setting up the site to succeed and proactive in resolving issues,” said the nomination. “He even paid for fire extinguishers out of his own pocket to keep people safe.” Barry was also commended for sharing many examples of best practice from outside Costain.

Safety Hero of the Year was Steve Czapski, CiM6 Contract Leader/ Site Agent. He was praised for his willingness to induct and explain, as well as his drive to innovate. Steve also “held the mirror up to suppliers where performance was deficient,” said the nomination.

Supply Chain partner was Bridges Electrical Engineers. They attended all of the Costain factory thinking groups and used what they had learnt to deliver a very successful project at Haslemere.

Finally, the Unsung Hero Award went to Tom Pawson, CiM6 Senior Site Agent. He won for consistently delivering a high standard of support across the whole SHE remit of the CiM6 project, despite being not a full-time member of the SHE team.