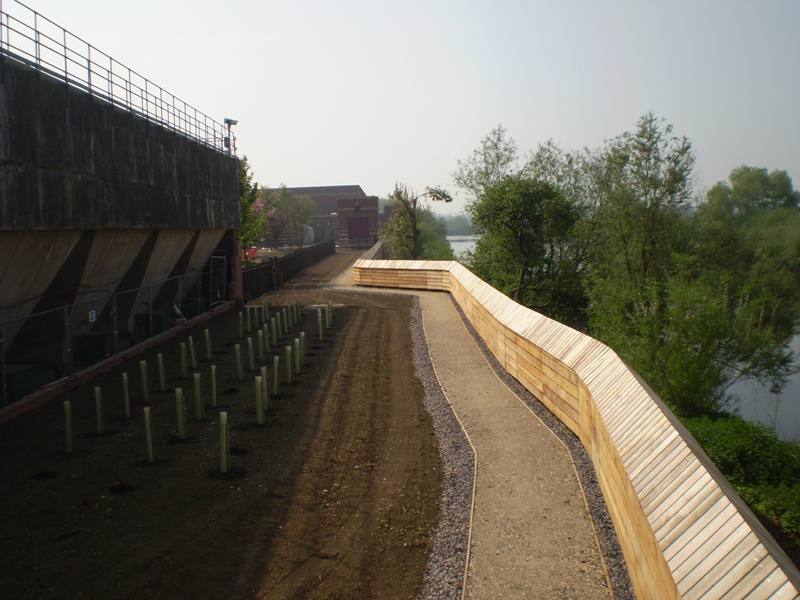 Water supplies for hundreds of thousands of residents in Gloucestershire are now more secure following the completion of flood defences at Mythe water treatment works (WTW).

In 2007, an unprecedented inundation flooded the Mythe works in Tewkesbury, leaving some 350,000 people in the region without clean water supplies for 17 days.

Severn Trent Water called in Costain to try to ensure similar problems did not recur in an era when climate change is predicted to create more violent and unpredictable weather patterns.

A £5.5million programme saw a variety of measures put in place to protect the plant.

“We looked at the existing structure and at the most appropriate solutions for different areas,” said Costain’s Customer Director for Water, Matt Crabtree. “Those included earth embankments, sheet piling and dwarf walls. The works provide protection in excess of a 1-in-200-year flooding event.”

The work involved removing temporary flood defences installed in 2007 as well as putting the new works in place.

Project Manager, Chris Vice, commented: “Technically it was pretty straightforward. The largest challenge was interfacing with the existing works and dealing with environmental aspects. We carried out noise and vibration monitoring of the works and on the adjacent Thomas Telford Bridge.

“Some sheet piling was right up against the River Severn, so we had to avoid creating any pollution and be careful of the river bank structure itself.”

The sheet piles were timber clad to make the works more aesthetically pleasing and will mellow into the background better as it ages. An existing public right of way that runs alongside the sheet piling was also improved as part of the works.

The project completed at the end of March, on-schedule, within budget and completely accident-free.

“The client is very happy,” said Crabtree, “particularly about the work we’ve done consulting with the local population.”